A Step Towards Diversity and Inclusion 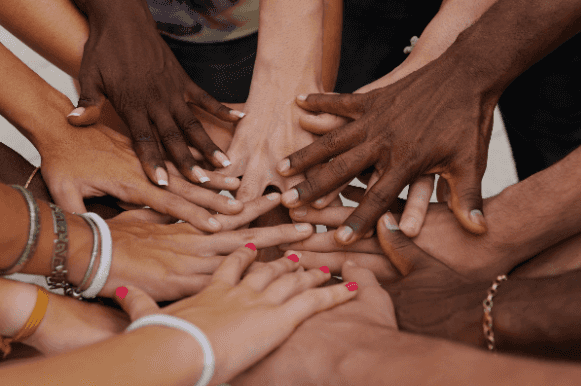 Removing gender and racial bias from the hiring process

As many of my friends and co-workers know, diversity and inclusion have been at the core of my life since an early age. For the past several years I have been involved in numerous discussions about how to solve the diversity and inclusion problem. The solutions range from quotas to recruiting explicitly targeting under represented groups and everything between. The common theme? None of them seem to work.

So, last year in the depths of the Covid pandemic, I decided to try a radical idea. Remove tools and data points people use to discriminate from the process. No resumes, no LinkedIn profiles, no interviews... Why? Well even for people who are aware that diversity and inclusion are important they still, can and do, fall victim to unconscious bias as shown by numerous studies and my own observation. It should be noted that I have bias, the technique we used has bias and I am sure there is bias somewhere that we missed. This is not a solution. This is a step toward a solution that we found delivered real results

So, here is how the idea evolved. For starters, there was a ton of resistance to this approach which as an entrepreneur usually means I am on the right track.

Step 1. Go straight to the source. In this case advertise to potential candidates directly. For this we used a very simple Facebook ad that didn't focus on the job but instead focused on earnings both immediate and potential.

Step 2. Test skill without involving a human which removes the bias. For this I spent a few weeks evaluating online quiz platforms. Once I found one that was well designed and for the most part tried to avoid bias in the questions, I set to the task of architecting the quiz. I had two goals.

The last one I added after the people who came from the first short quizzes showed the skill but then didn't answer emails and/or had no sense of urgency to "close the loop" and move forward. In my experience this is generally a sign they will struggle in a startup environment.

Step 3. Set a bar. In this case we tested people inside the company and decided anyone applying who did better than 70% (our average) we would interview.

First we were completely wrong on how many people we thought would take the test. I had high hopes we would see 100 people take the test. Instead I was shocked to find over 500 attempted the quiz and this group is still growing.

Second we were completely wrong on the bar we set. Of the early 500 or so who took the quiz 30 tested higher than anyone in the company! This completely blew me away. Not only were these people tenacious, they had extremely high aptitude and skill in the areas we felt were important.

Step 4. A 15-min phone screen, no resume, no video. This was just a sanity check to make sure they could carry on a conversation which is a necessary part of the job at LoanSnap.

From this group we started with 10 new employees, brought them in and put them to work...

One thing that is striking as I am writing this, there isn’t a reference to any of the "standard" things that are supposed to improve diversity and inclusion in a group of people.

Yet, when you saw this group together you immediately recognized something magical had happened. They were incredibly diverse. As time passed we also found they were top performers. Some of them are our best employees in their respective positions

To be fair we were fairly diverse before this and I do believe many of the new employees came into a more welcoming and supportive situation than they might have elsewhere.

We kept applying this approach and have now expanded it to other areas of the business.

The results? Well they speak for themselves. I would like to point out we are far from solving this issue and this is just one step. I would also point out that hiring diverse is just the start. Keeping diverse employees and promoting them equally is just as important -- if not more. But if you don't solve the top of the funnel problem, IMHO, you won't have the opportunity to solve the other challenges.

Where are we today?

Again we are far from finished and have a long way to go, but I hope this helps others on their quest for diversity and inclusion in their companies. I hope it provides a new way of combatting discrimination by removing the tools used by conscious or unconscious discriminators to discriminate.